Representatives from the National Turfgrass Federation (NTF) made a trip to Washington, D.C. in early May to discuss the impacts and importance of the natural turfgrass industry on the United States economy, environmental health, and urban well-being. The timing of this trip comes during the United States House of Representatives and Senate negotiations for the 2019 United States Farm Bill, which is the primary legislative tool that affects U.S agriculture and food policy.

The objectives of this visit were to introduce the natural turfgrass industry to policy-makers and express the importance of federal support, both in the form of farm bill language and appropriations, for facing current and future challenges including water use, drought, pests, public perception, etc. Estimates place turfgrass as potentially the 4th largest crop in the United States at over 60 million acres, and unlike many agricultural crops, it is present in every city, county, and district in America. Turfgrass maintenance alone is estimated to be a $60 billion industry nationwide, yet federal funding for turfgrass science and research lags far behind other major agricultural crops. Currently, with less than $750,000 of dedicated annual federal support in USDA-ARS, turfgrass scientists receive approximately 0.00125% of the industry’s economic impact in maintenance alone.

Over the course of the visit, NTF visited with republicans and democrats from Georgia, Utah, Arizona, Kansas, Maryland, and representatives from the United States Department of Agriculture. The message delivered was that university scientists have great success at returning value on each dollar of private or publicly funded grants. However, there are currently few grant opportunities at the federal level large enough to support large-scale projects in turfgrass genomics, developing hardier varieties that tolerate heat, drought, salt, etc., and understanding the ecosystem services of the natural turfgrass industry on a national scale. In order to explore these areas, it’s important for policy-makers to understand that turfgrass science is an integral part of the agricultural industry and should be recognized as such. It overlaps with other sectors of science and is one of the most dynamic crops in agriculture.

Dr. Brian Schwartz from the University of Georgia, and home state of the USDA Secretary Sonny Perdue, highlighted the value that new varieties bring to turfgrass producers and the industry as whole. Dr. Casey Reynolds of TPI discussed that even though many people think of natural turfgrass as present in urban and suburban communities, the turfgrass producers who harvest this crop are farmers who face many of the same challenges as growers of any other agricultural crop. Federal recognition in the farm bill and support of turfgrass research to produce new varieties that meet the needs of homeowners, landscapers, athletic field managers, and golf course superintendents will not only bring added value to turfgrass producers, but also to end users who have a need for newer, lower input turfgrasses. As Secretary Perdue convincingly stated in response to NTF, “You don’t have to convince me of the value that farmers bring to society.”

Language in Title VII of the current House of Representatives Farm Bill states the case for the National Turfgrass Research Initiative, and NTF will continue to pursue these efforts. The current farm bill, the Agricultural Act of 2014, is set to expire at the end of 2018.

On-hand for the National Turfgrass Federation were Kevin Morris of NTEP, Dr. Mike Kenna of the USGA, Dr. Brian Schwartz of the University of Georgia, Dr. Joe DiPaola of Agronomic Intelligence, Mark Johnson of GCSAA, and Dr. Casey Reynolds, Executive Director of TPI. Johnathan Moore, a public affairs consultant, and Robert Helland, Director of Congressional and Federal Affairs for the GCSAA, were also present and were vital to the success of the visit. Special thanks to Kevin Morris of NTEP, for taking a lead role in this endeavor. 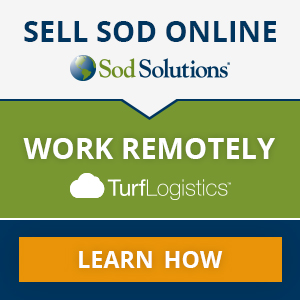